NHL players make a ton of money, and so too does the man running the league. Here is the most recent tax filing for the National Hockey League, which is actually a non-profit entity under the law (which means they must report these kinds of things to the U.S. government).

The most recent form is for the 2010 tax year, and for whatever reason the sources that usually acquire updated documents and get them up online haven’t yet done so for the past few years (we’ll see what we can do about that). For now, he’s a bit of insight. 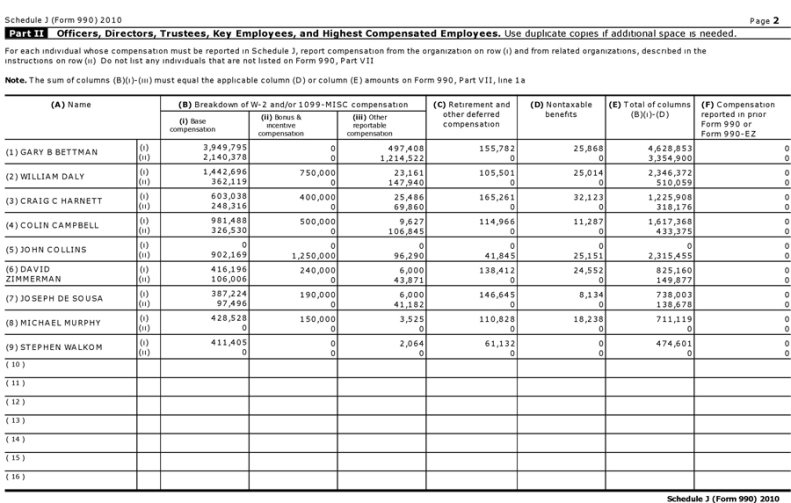 That’s not all cash for Bettman, by the way. As the next form shows, he’ll occasionally travel via charter aircraft for personal reasons, and the value of that benefit is included in the form above. 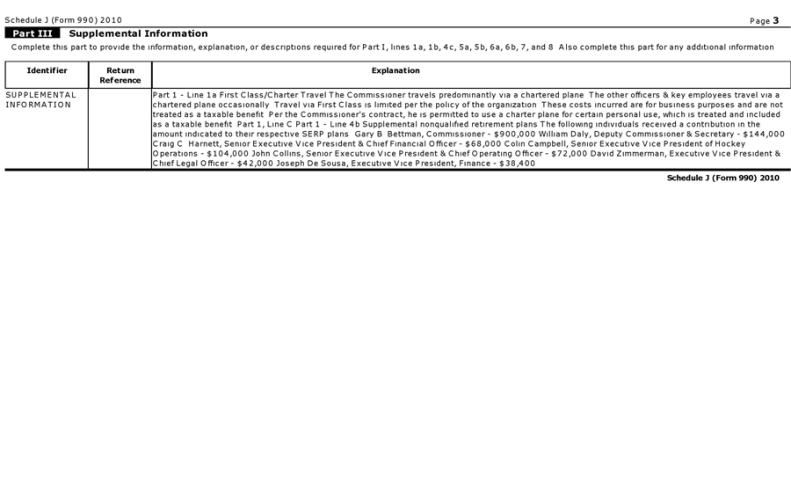 *How does your meal allowance stack up against an NFL player’s?

*How dumb is it that there’s an NHL team in Glendale? This economist counted the ways

*What Doug Wilson can learn from Paul MacLean

*Which hockey organizations want something from the government?

*NHL Awards: It’s not just about the prestige

*NHL Awards: It’s not just about the prestige