Yesterday I posted the NFLPA and Tom Brady’s “petition to vacate arbitration award” against the NFL, which is a legal-ish way of saying they want commissioner Roger Goodell to lift the four-game suspension he levied against the New England Patriots quarterback over deflate-gate. If you don’t know what deflate-gate is, you were probably looking for shortsdocuments.com or something and wound up here. You’re welcome to stay!

So here, in a nutshell, is what the NFLPA says is the basis for overturning the ban. It, along with everything else you’re about to read, is from the aforementioned court filing. Please note the paragraph numbers, so you can see how I’m jumping around a bit. If you want to read the whole document, I posted it here. 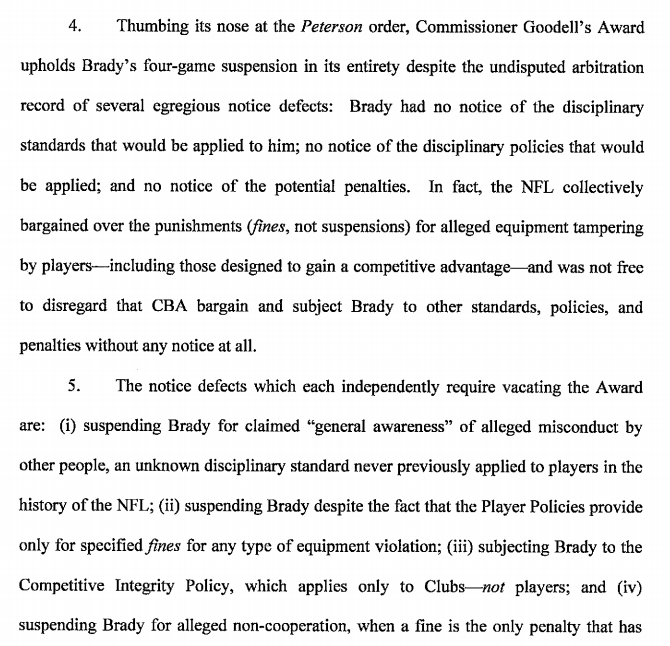 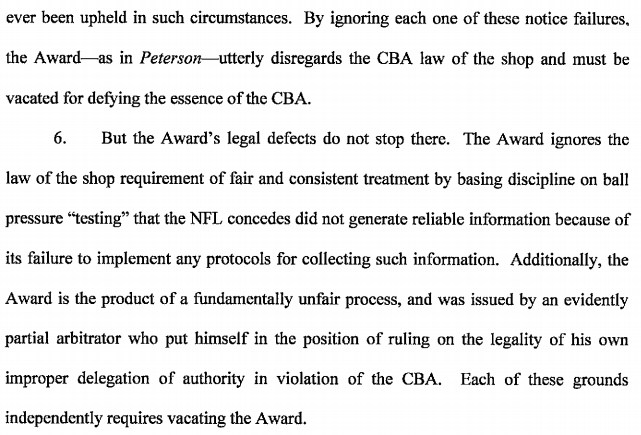 “But the Award’s legal defects do not stop there.” Clearly, the NFLPA lawyers are setting the table for an epic teardown of the league, which, in my opinion and that of many others, is richly deserved in this case (and I don’t even like the Patriots).

The document then goes on to list some of the relevant factors in the case, including the following:

Yes, yes, WE KNOW, Tom Brady is a ManGod. He’s outstanding by every measure of a human being. Yes, I assure you, we all feel worse about ourselves every time we see him.

So the lawyers go ahead and walk us through deflate-gate and the league-commissioned Wells Report (on which it based its disciplinary action). Below is what the Well Report said it found, and pay attention to the wording.

Even without the NFLPA lawyers’ helpful highlighting, you can see how a term like “more probable than not that Brady was at least generally aware” that something was going on with the deflated footballs, could leaves a lot of wiggle room from an argumentation perspective. Well, all the wiggle room, basically. Let’s jump ahead for a moment: 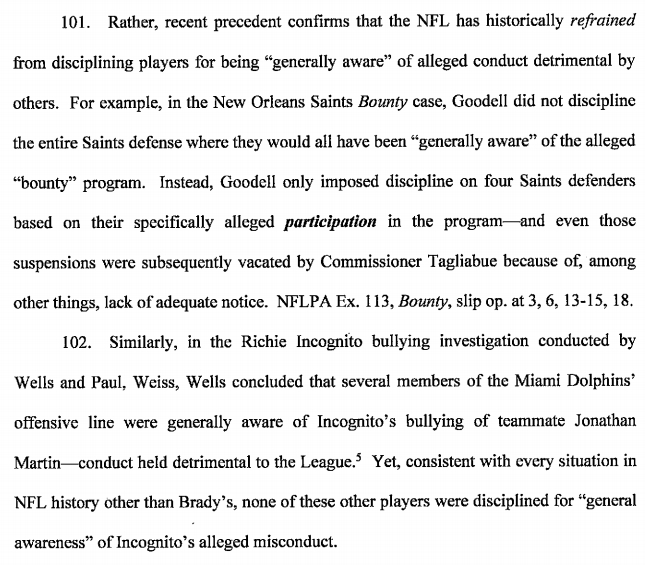 Look, league discipline in every sport is hilariously inconsistent, but when you’re talking about stuff as subjective as “there’s a chance he knew that maybe this happened,” well, you’re going to run into trouble. Especially with this league and this commissioner.

And that, if you ask me, is the weirdest thing about the whole deflate-gate controversy: it actually does look a bit like some kind of vendetta against the league’s most famous and successful player, because if you look at the case on its merits alone, it’s difficult to comprehend why the NFL proceeded in this way. Yes, the integrity of the game is paramount, but the basis for, and the severity of, the NFL’s action is mystifying. It’s like it wasn’t enough to open the can of worms, the NFL had to pour the can all over itself and Brady like a reverse-Gatorade shower.

This is, by far, the NFL’s weakest position and, as expected, the NFLPA goes ahead and drops a big bag of science on it. One thing you need to know here: this all stems from the Indianapolis Colts complaining to the league after intercepting a ball they thought was not the ideal PSI. Oh sorry, one other thing you need to know is the Colts lost that game 45-7 because they played like garbage. But … yeah … it was the balls. 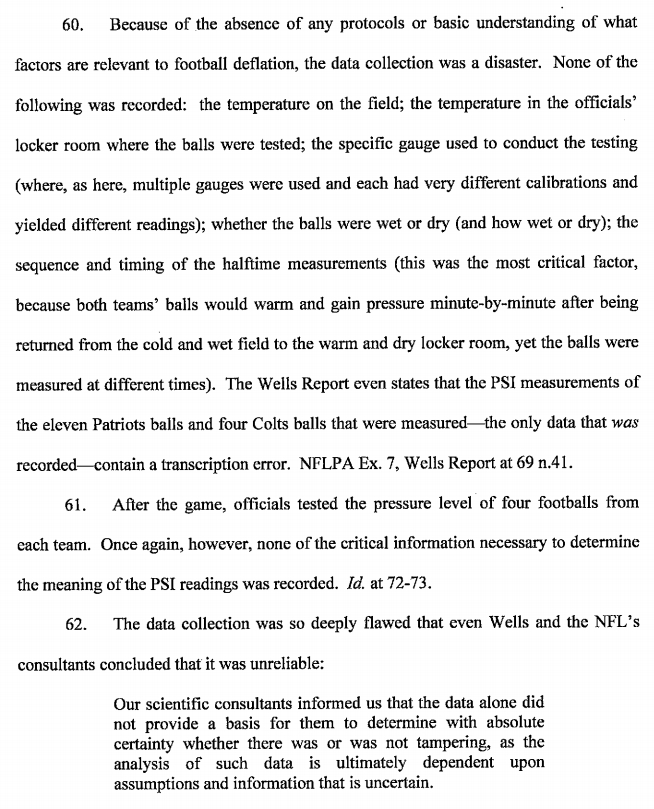 Even if the NFL does wind up having a legal basis to uphold the suspension, it and the commissioner have looked positively hapless both in understanding the implications of running full-steam into the controversy and then bungling it. At this point, the best thing for the NFL would be to settle with Brady and make this thing go away. Given the egos involved though, is that even possible?