News broke today that the National Hockey League rejected Steve Moore’s $220,000 disability claim under the last collective bargaining agreement because he wouldn’t drop his lawsuit against Todd Bertuzzi and the Vancouver Canucks. Two insurance companies determined Moore suffered a career-ending injury after his neck was broken during an on-ice attack by Bertuzzi back in 2004, but he refused to sign a clause that would prevent him from pursuing litigation.

The new collective bargaining agreement signed in 2013 also contains insurance coverage provisions, which are listed below. 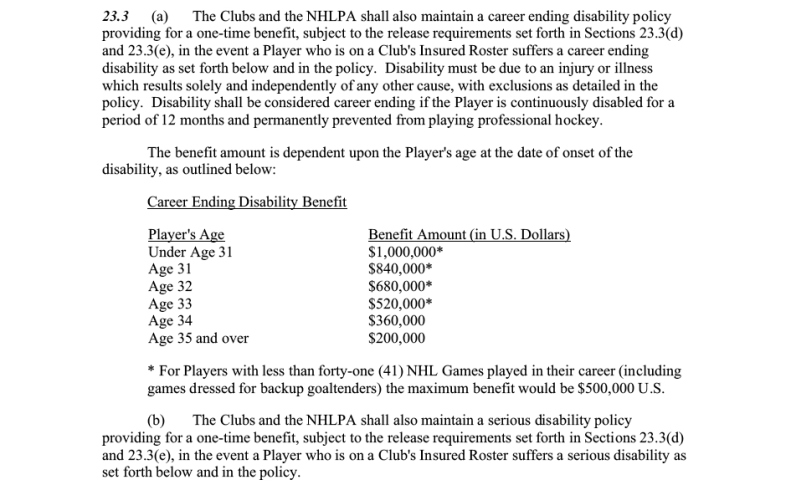 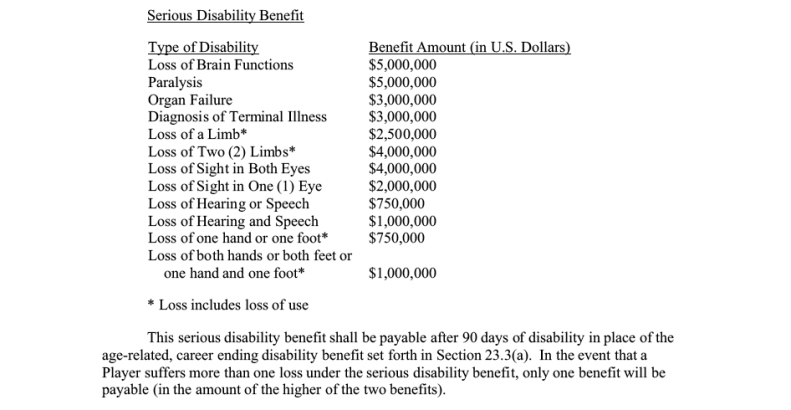