Earlier this month, a sharp-eyed video game player found what he believed to be a leaked design for a Calgary Flames third jersey.

He alerted the fine folks over at Icethetics, who posted the mystery images from NHL 14 and argued everything pointed to the logos being real.

Well, consider it confirmed. The Flames do indeed own the logos in question and are going through the motions needed to get them trade marked by the Canadian government. The Flames are apparently due to reveal their new jerseys on Oct. 27.

Only the shoulder patch has popped up so far: 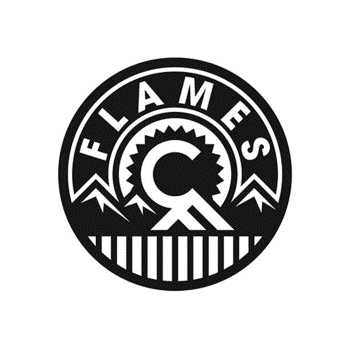