Yesterday I posted the NHL’s version of the SCAT2 test because, well, that’s all I had time to post. Here are more documents filed as part of that same court case: The NHL’s concussion protocol and the NHLPA’s consent form. The latter is the cooler of the two, in my opinion. The automatic triggering of a report to the league and compiling of video evidence isn’t something I’ve seen before. Please note that the NHL updated its concussion protocol in 2011, requiring players be evaluated by a physician and not just a trainer after a suspected concussion. They must also leave the bench area. You can read more about that here if you like. 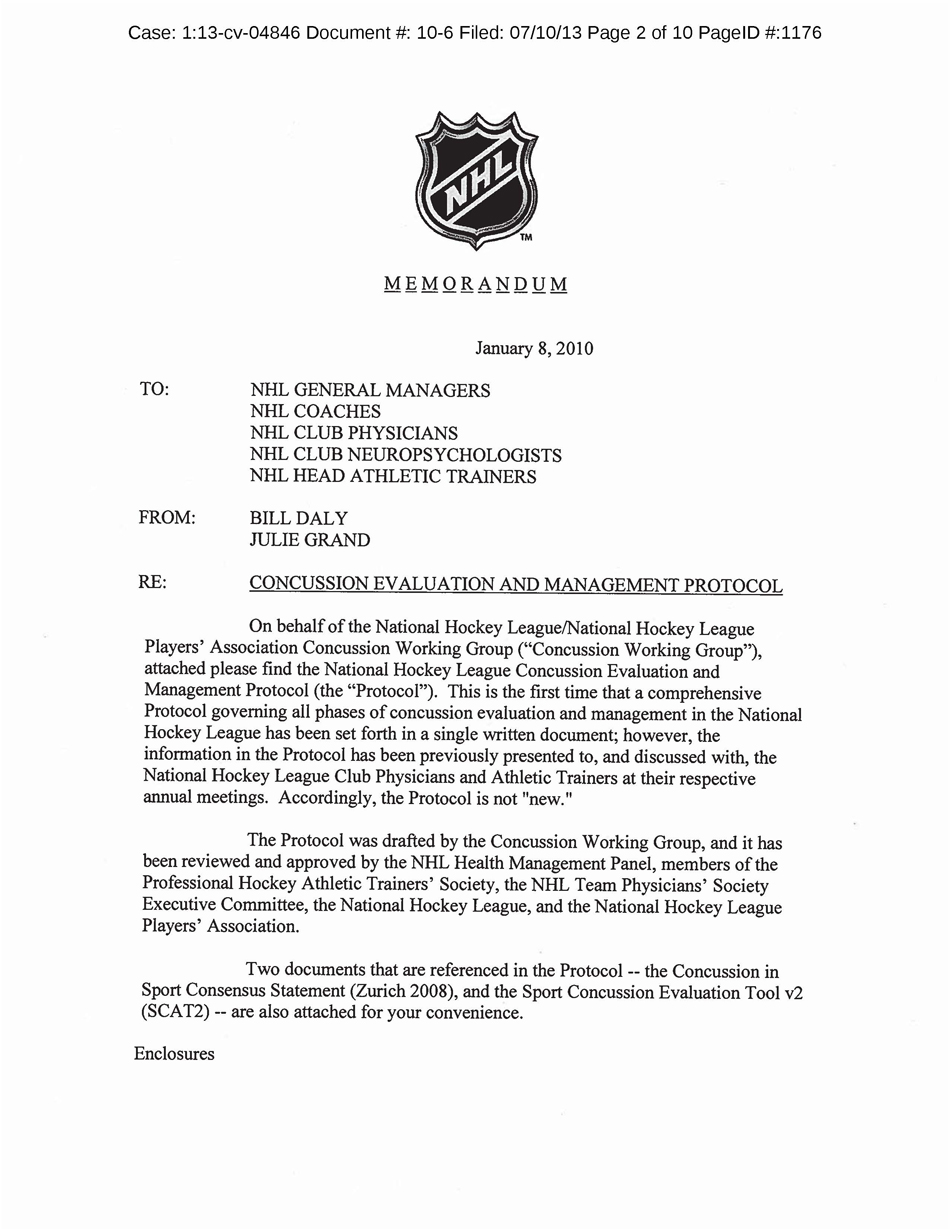 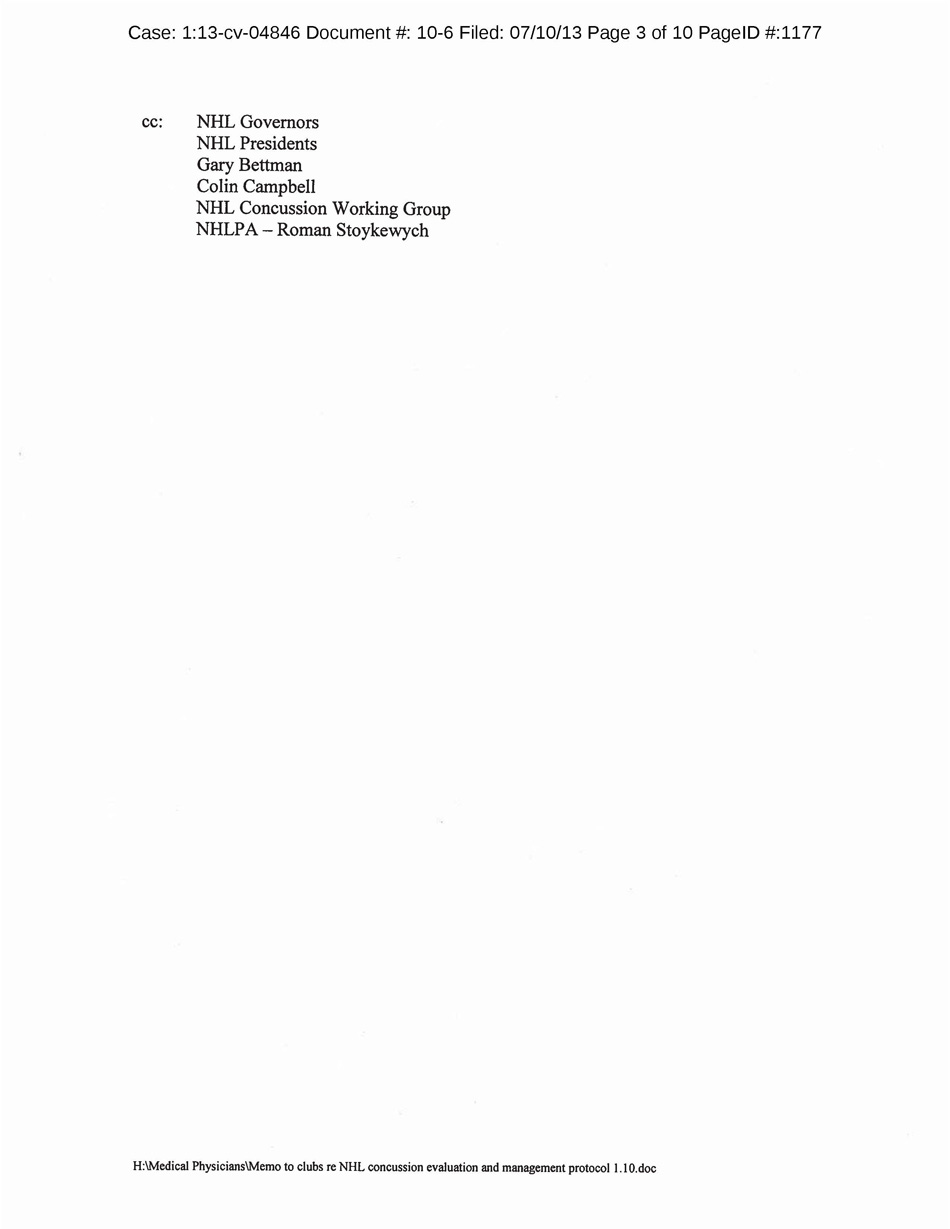 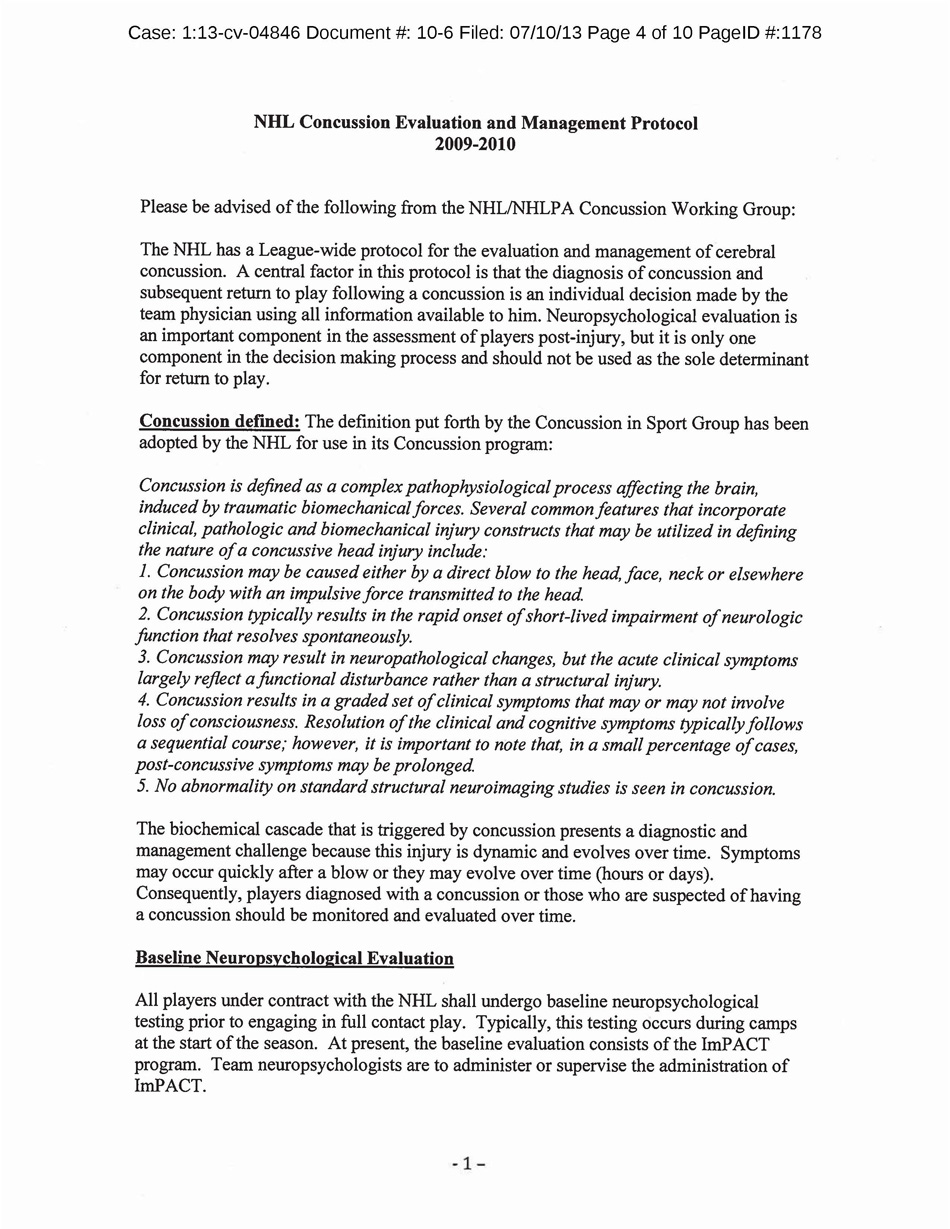 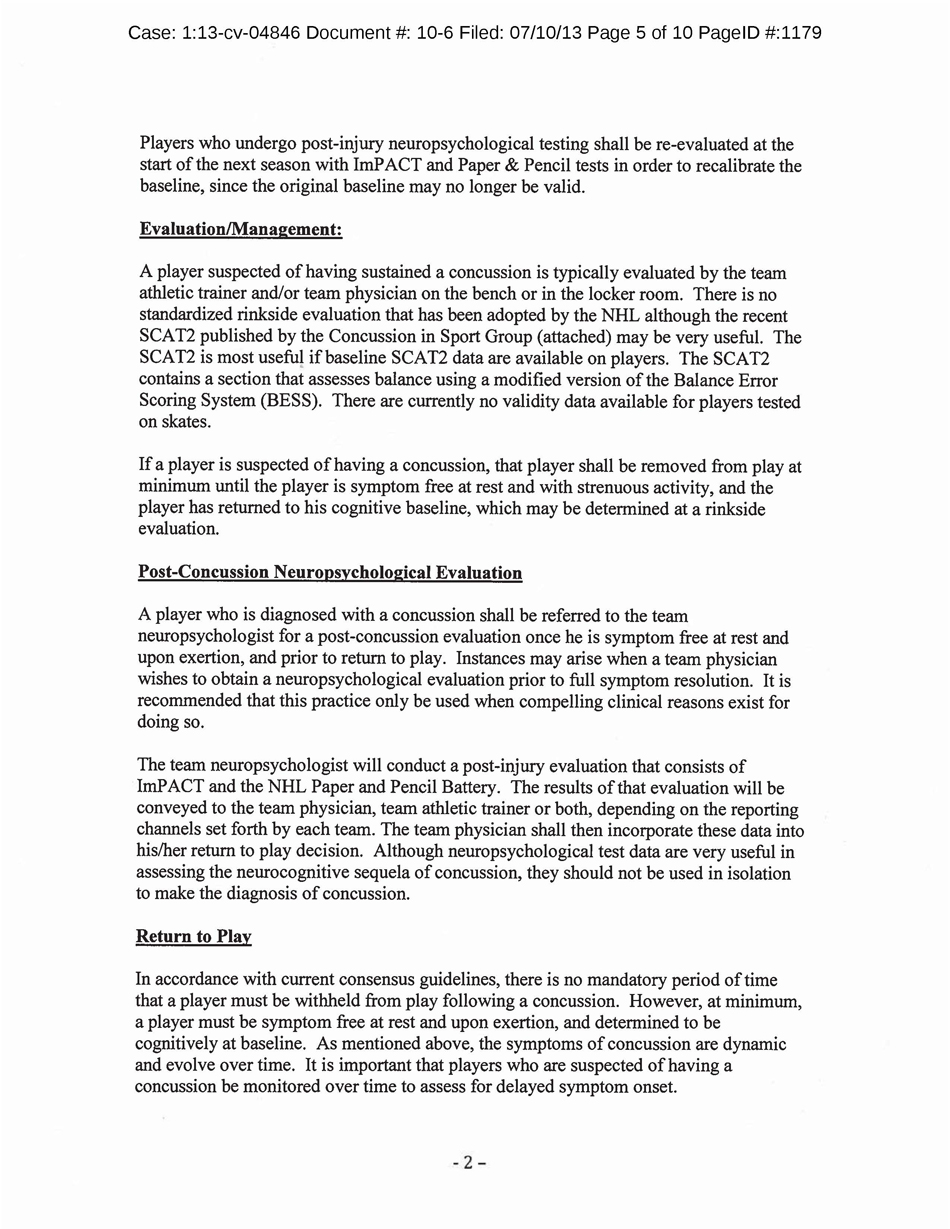 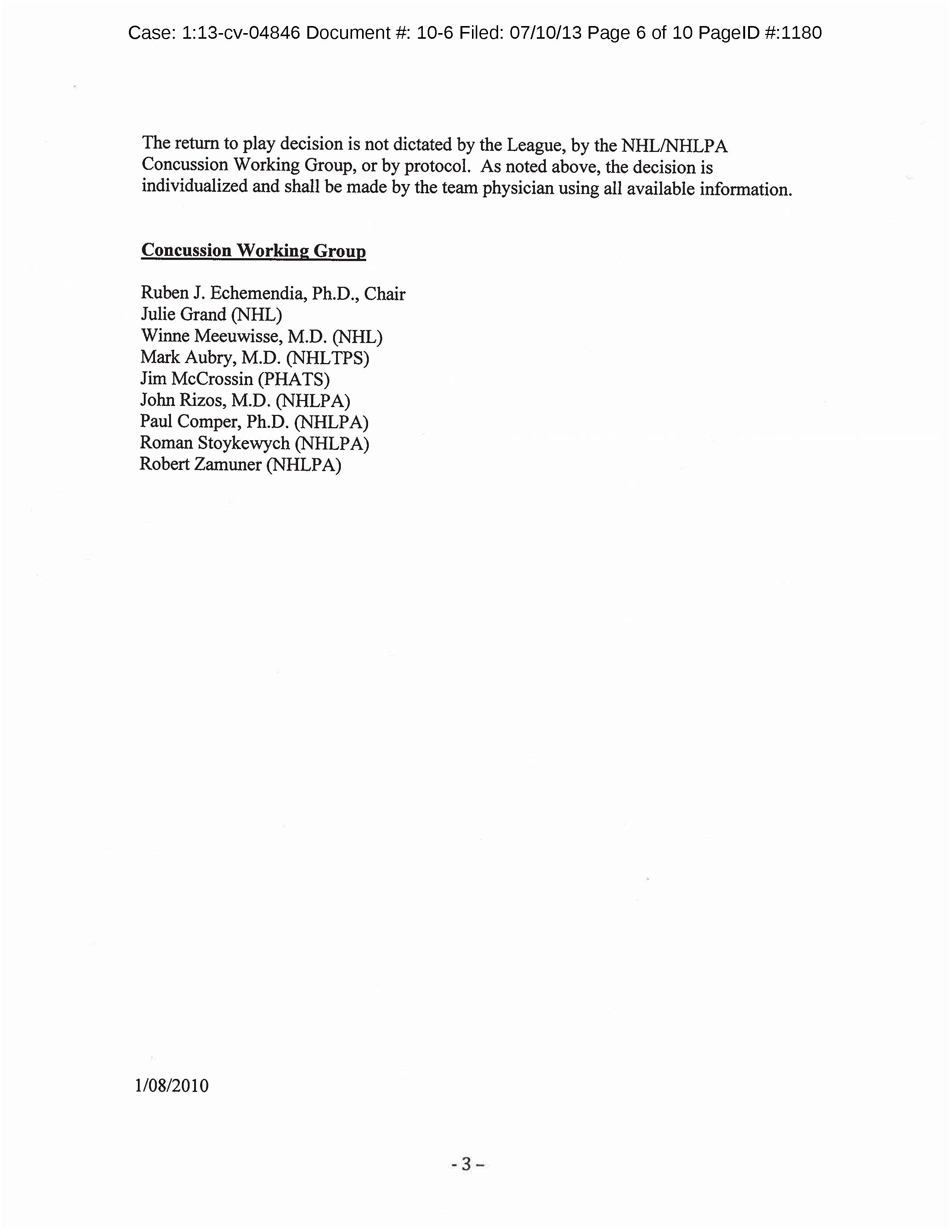 And here is the PA form players are asked to sign. 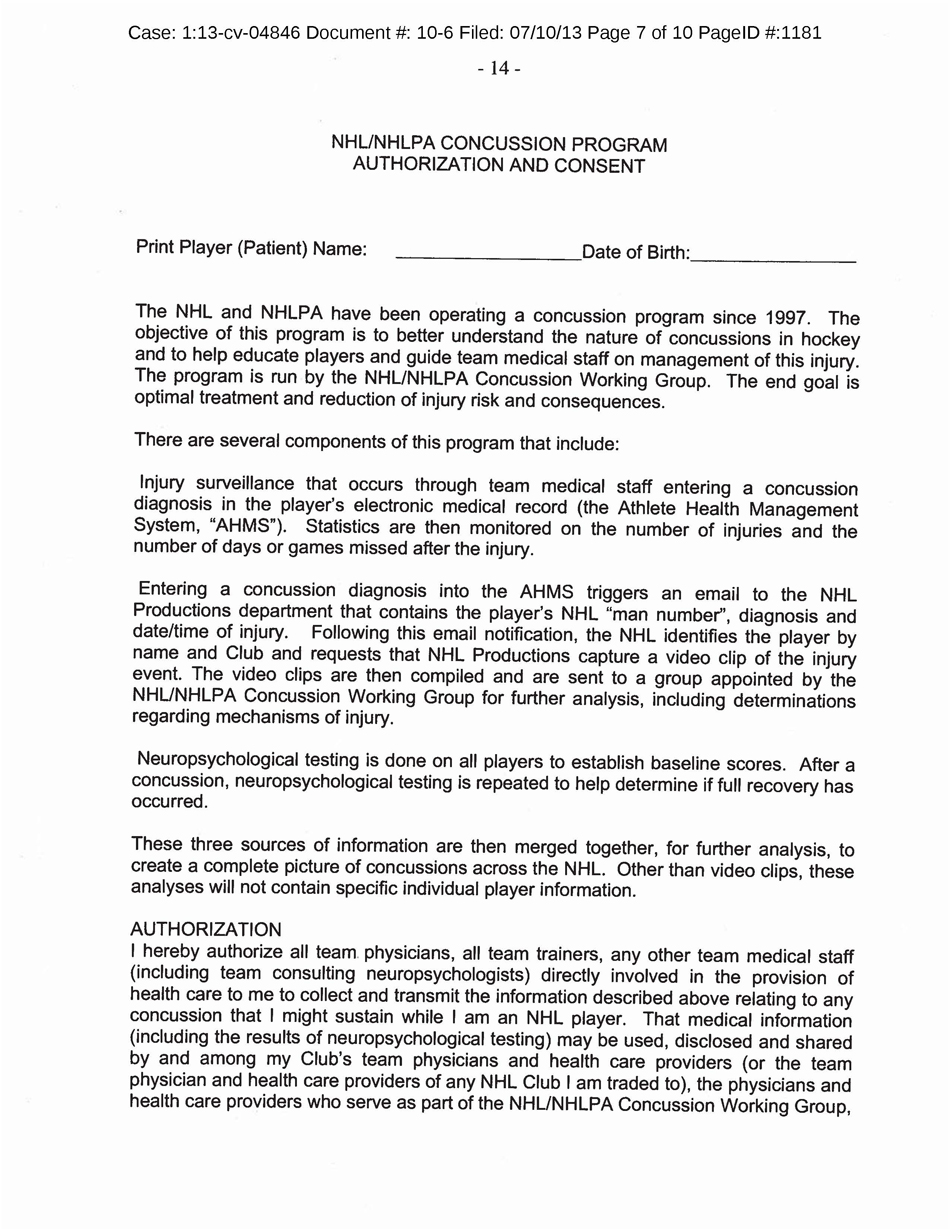 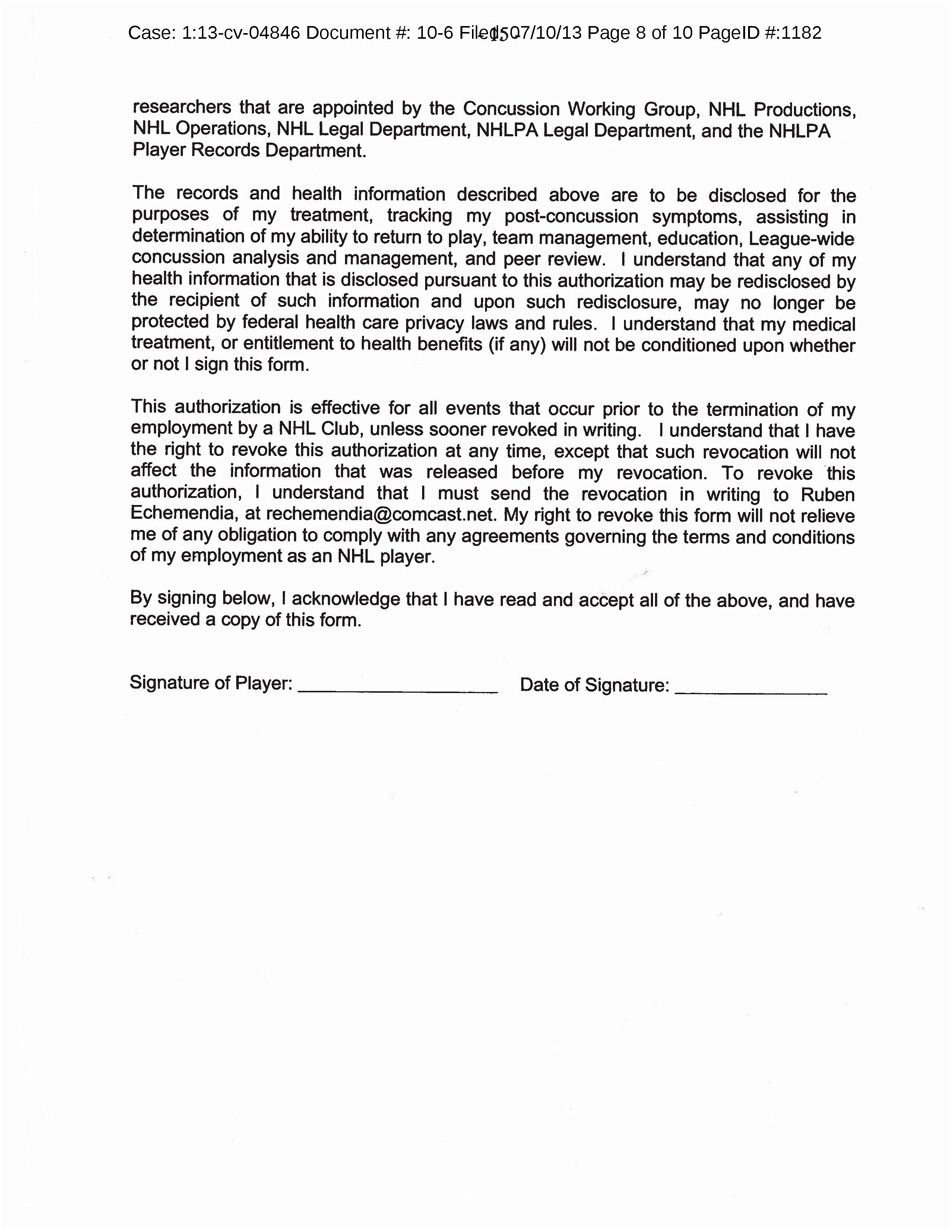