A few years out from the 2015 Pan Am Games in Toronto, the organizers (and the federal government, presumably, since that’s where this comes from) a poll to gauge Canadians’ attitudes toward that event and others, including the Stanley Cup playoffs and the Olympics. Here are the particulars of the poll, obtained under the Access to Information Act. 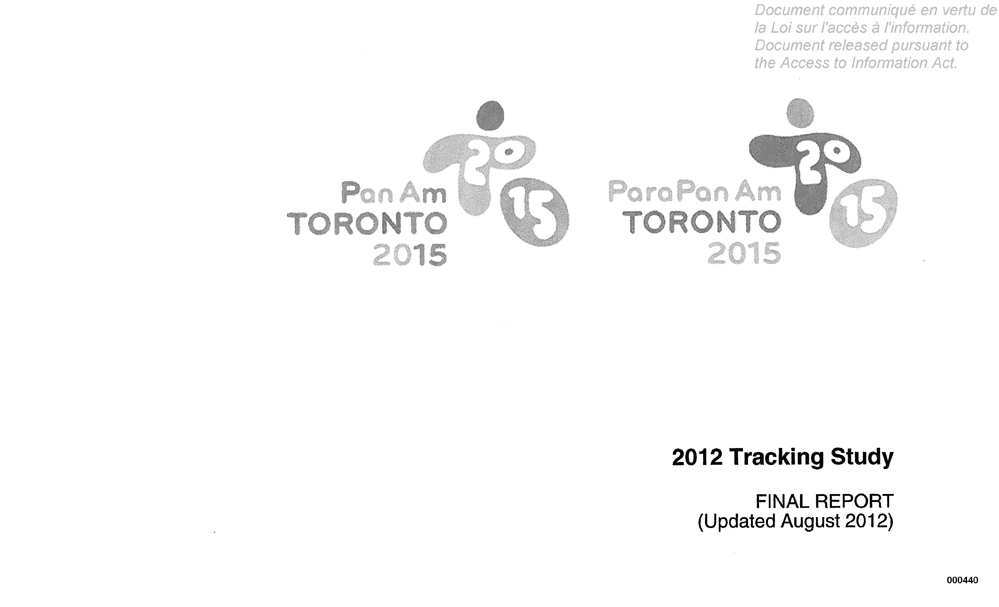 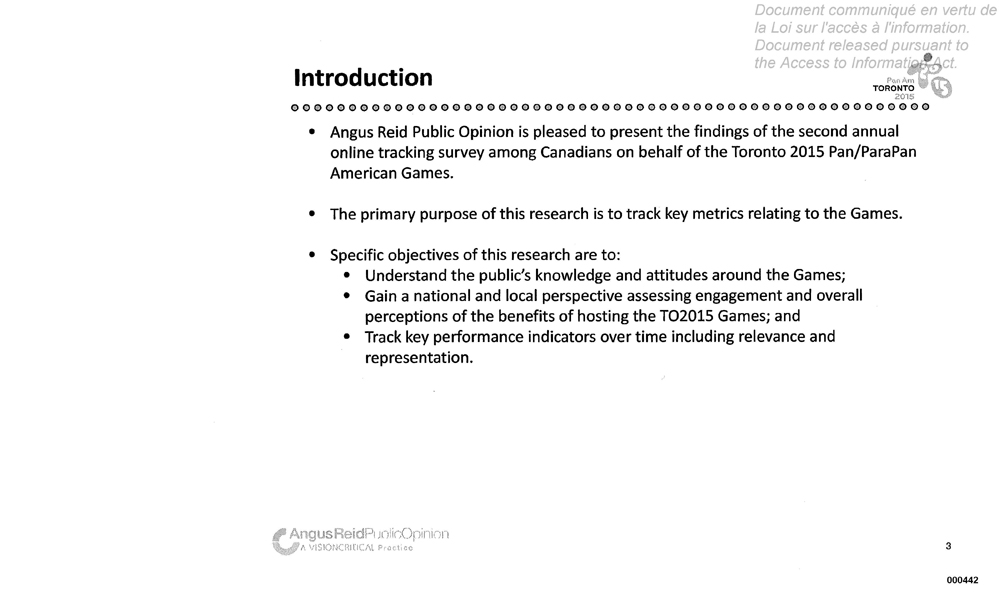 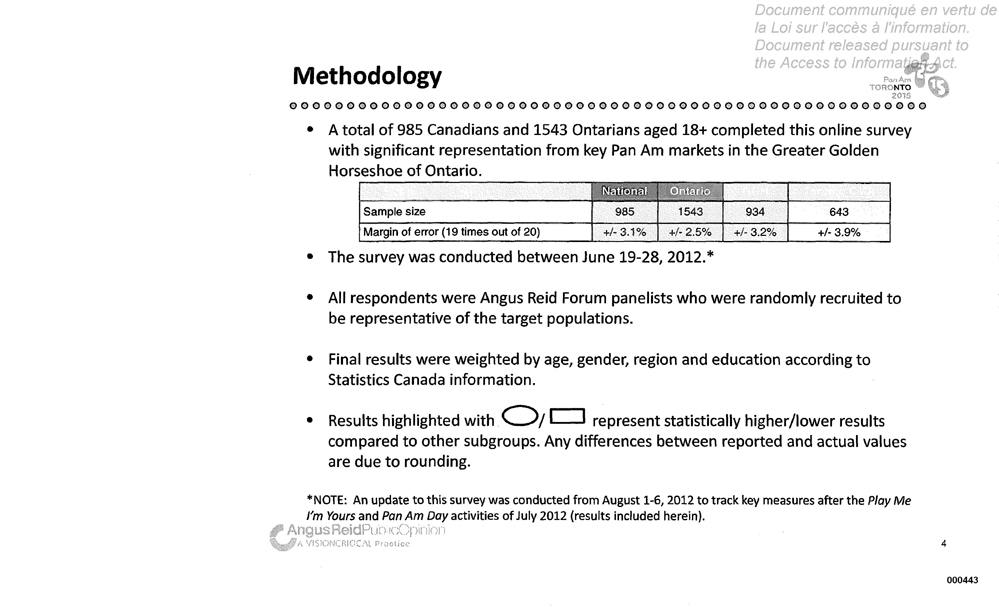 Note the timing of the poll. One of the problems with access to information is that it moves so slowly that you have to consider some of it to be a snapshot in time. Regardless, it’s pretty interesting stuff. 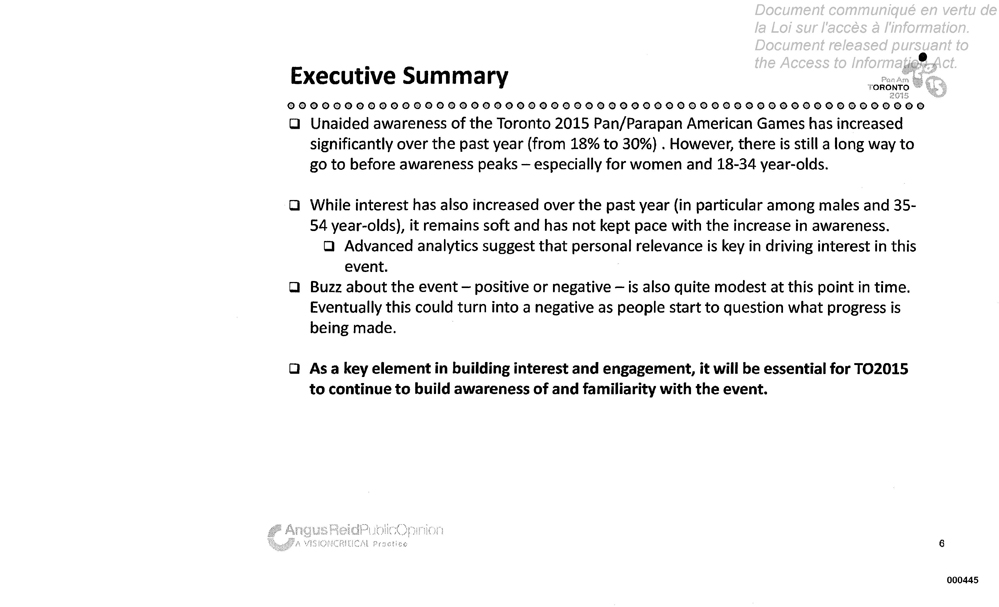 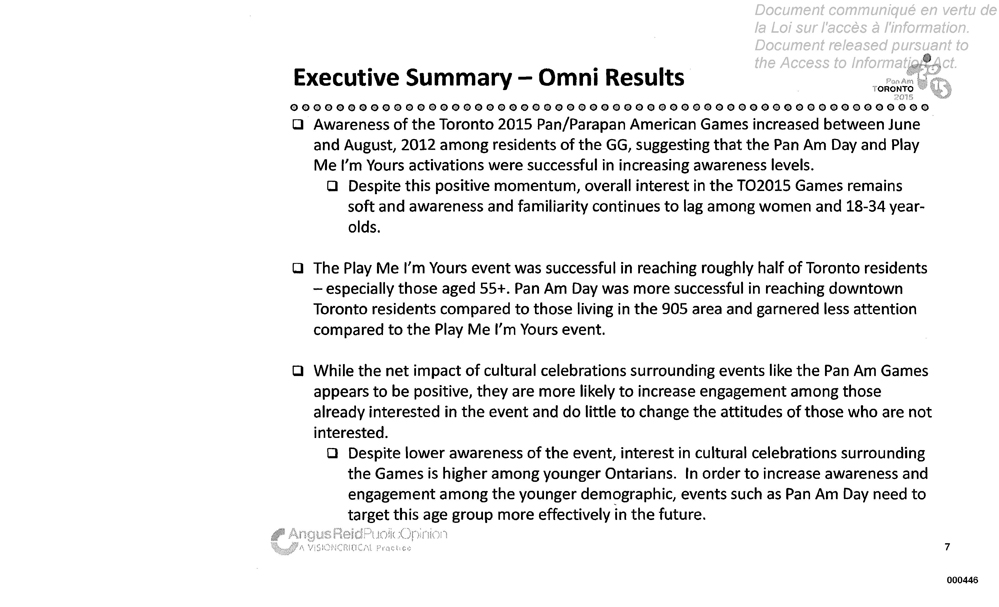 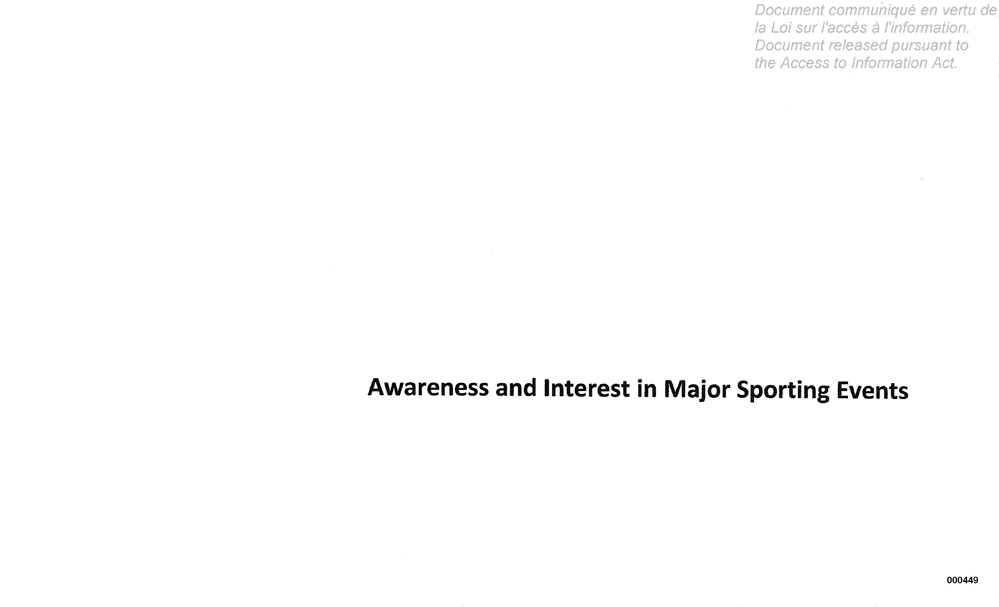 As you’ll see, interest in the Pan Am Games rates waaaay low. I was really more interested in the other stuff, which follows. 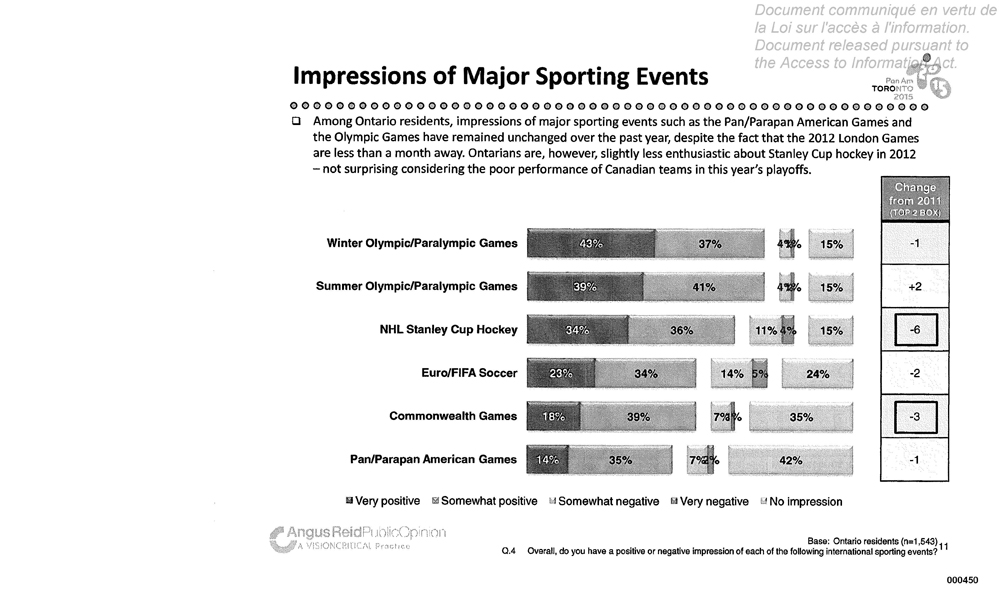 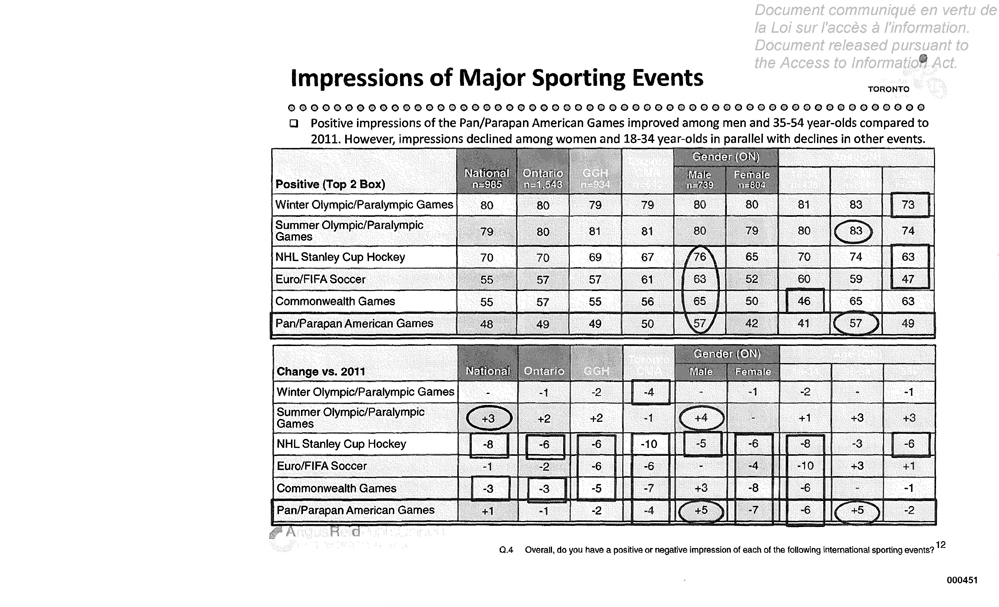 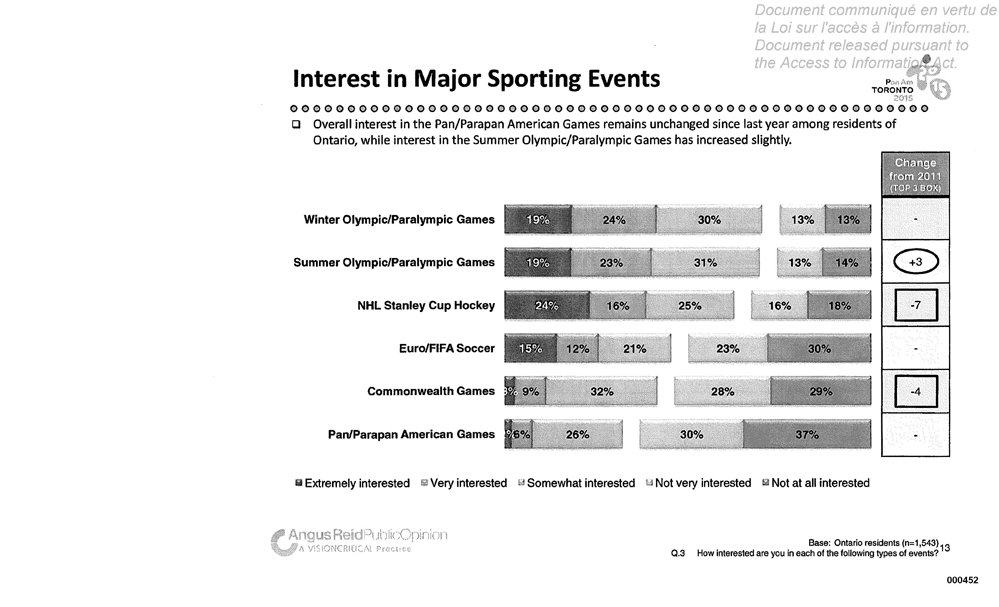 Given there actually were Summer Olympic Games in 2012, the bump probably isn’t a surprise. That’s a big drop for the Stanley Cup playoffs though, which is, as the pollsters noted, was probably the result of an abysmal year for Canadian teams â€” and particularly in the Eastern Conference. In the West, the Vancouver Canucks were the only Canadian team to qualify. Fine, Vancouver’s the biggest city on the left coast. In the East, only the Ottawa Senators â€” not a big draw compared to the Montreals and Torontos of the NHL landscape, just scraped in in eighth, falling to the New York Rangers in the first found.